Alfredo Balletti (Comal): Italy has reached the fifth place in the world in solar energy 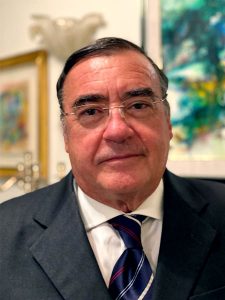 Covid has taught us that we cannot continue to exploit the planet, therefore solar energy and in general all forms of renewable energy will record significant growth, also because in light of the current cost / benefit ratio, investment in renewable sources it is very attractive and when we think of large energy parks, investment funds are very interested.

And if there were less bureaucracy, without the ties and ties that make it long and tiring to use solar energy, the transition to clean energy would be faster. So far, however, requests in this sense have not been listened to by politics.

On the other hand, the transposition of the European directive on the promotion of energy from renewable sources is positive, which allows the State to intervene where the Regions interpose exhausting slowness or unjustified obstacles to the construction of new plants. More generally, as regards energy consumption, the collapse in March April, due to the lockdown, affected the price which went from 42 euros per mega watt to 28 euros, then there was a recovery, with the values ​​returning to the average. Now it will be necessary to verify the progress of this new phase of the epidemic which will undoubtedly also affect energy consumption “: Alfredo Balletti is shareholder and executive director of Comal Group, specialized in the construction (and management) of large-scale photovoltaic systems, a sector until a few years ago almost exclusive dominance of foreign companies but the made in Italy has managed to recover and is now able to compete and enter foreign markets as well. Comal (25 million turnover, 70 employees) is based in Montalto di Castro (Viterbo) where in 1987 the construction of the nuclear power plant was blocked, with an enormous public economic bloodbath. The group led by Balletti collaborated in the nuclear power plant and carried out a major conversion: from nuclear to solar. An example of the flexibility and ability of Italian entrepreneurship.

Now not only in Montalto di Castro is one of the largest photovoltaic parks in Italy in operation but others have sprung up nearby and Tuscia produces 1.4 GigaWatts of clean energy, a world record in the area / energy production ratio from renewable sources. . He says: «The Integrated National Plan for Energy and Climate 2030 could allow our country, if implemented, to make a qualitative leap in terms of environmental sustainability. Solar energy represents a sustainable and at the same time efficient source, with current technologies it is able to meet the demands of companies, individuals and public administration ».

Question. What steps forward has made in Italy achieved?

Answer. Research and development in this sector are fundamental and Italian companies have committed themselves to significant investments. In a few years important innovations have been made. For example, after long studies we were able to create a support structure for the panels that allows to optimize the solar tracking as if the panels were sunflowers and also to position them horizontally, avoiding damage in the event of strong gusts of wind. They are also remotely controllable. We are now experimenting with double-sided panels. able to produce energy also from the rear: this will be the future.

Q. What vote to give to our country?

A. Italian entrepreneurs have worked miracles, aided by a greater general environmental awareness. Italy is the fifth country in the world for installed solar power and fourth for per capita photovoltaic capacity. An achievement to be proud of. It can be added that 40% of the European photovoltaic capacity is held by institutional investors and other financial players including utilities, infrastructure funds, insurance companies, pension funds.

Q. When is the economic convenience of a solar park reached?

A. In the past, the plants have enjoyed state incentives that have attracted foreign investors thanks to the contributions to rain. For some years there have been no more incentives but today it is finally possible to prove that with efficient plants, electricity produced from renewable sources has the same cost as energy produced from conventional energy sources such as fossil or nuclear power.

Q. Can photovoltaic systems be built only in particular areas?

A. A system of solar panels obtains the maximum yield at about 25 degrees centigrade, so all the Italian regions can decide to use them and it is for this reason that Italy has the ideal conditions for the installation of photovoltaic fields, there is an excellent combination of solar radiation and external temperature throughout the year in almost all Italian regions. If we consider that Germany is the European leader with 36% of photovoltaic energy production, Italy still has enormous potential.

Q. Will electric cars be equipped with solar panels instead of current batteries?

A. Photovoltaics is not yet a viable solution in the automotive sector due to the dimensions of the panels, which are too large. Electricity is on the rise and the integration between batteries and charging via solar energy is a bet to win. In fact, in order to effectively keep an electric car green, the production of energy through which they are recharged must also be generated from renewable and environmentally friendly sources.

Q. Hydrogen is also emerging as a clean energy source.

A. Undoubtedly, but we must clear the field of the hypothesis that there will be competition between renewable energies, in reality we will arrive at their integration. As for hydrogen, it still has significant storage problems and it will take time before it can be used massively to produce energy, heat and traction. Technology will become a strong ally to ensure effective interaction between alternative sources with benefits for the environment, network operators and consumers. For example, highly automated systems will allow distributors to make the management and control of the electricity grid fully flexible, pursuing a real decentralization of energy sources.

Any cookies that may not be particularly necessary for the website to function and is used specifically to collect user personal data via analytics, ads, other embedded contents are termed as non-necessary cookies. It is mandatory to procure user consent prior to running these cookies on your website.